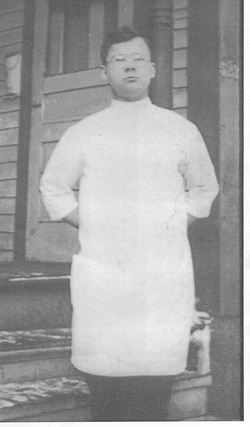 Smisek Family Dentistry was first opened in 1939 by Dr. Ralph Smisek, the father of the present two dentists.  The clinic’s first location was on the second floor of the Peterson Drug Store at 1501 Washington Avenue South in South Minneapolis (Seven Corners, as it was called back then).  He shared his waiting room for many years with his brother Frank, who was a physician.  When the Seven Corners area was being renovated in 1966, Dr. Ralph moved his dental office to its second location at 27th and Lake Street, in South Minneapolis.  This location was also above a Peterson Drug Store.

In 1976 Dr. Gary joined his father in practice after four years in the United States Army Dental Corp.  Dr. Ralph retired in 1985, the same year that Dr. Ron joined the practice.

In 1987 Drs. Gary and Ron decided to open a satellite location for their dental practice that was closer to their Roseville homes.  This third location was located at 34th and Lexington Avenue, in Shoreview, MN.  Two years later, when the 27th and Lake Street building began to deteriorate the South Minneapolis location was moved a few blocks South to 37th and Minnehaha Ave.  There were, for a few years, two locations of Smisek Family Dentistry.  To consolidate the dental practice the Minneapolis and Shoreview clinics were closed in 1998 and moved to the present Shoreview location at 501 Tanglewood Drive.

Dr. Gary retired from practicing dentistry in August of 2013 (his biography can be found at the bottom of this page). He still teaches at the University of Minnesota and spends his free time doing everything he enjoys: traveling to Colorado to visit his family, house projects, exercising, and baby rocking. 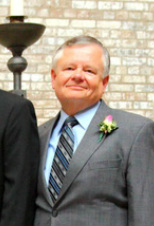 Dr. Gary Smisek was active in the practice of dentistry for 41 years.  He graduated from the University of Minnesota School of Dentistry in 1972. He practiced dentistry with his father for
over 12 years. Dr. Smisek is a retired military dental officer who spent over 32 years in the U.S. Army Dental Corps, where he attained the rank of full Colonel. Since 1977 he has been a  part-time faculty instructor at the school of dentistry where he teaches Restorative Dentistry. In his personal life, Dr. Gary is married with two daughters. These precious daughters have given him seven wonderful grandchildren. He is also active in his church as a lector. His spare time is spent running races, cross-country skiing, camping, woodworking, and most importantly, being with his grandchildren as much as possible.